The COVID-19 era has landed me in a position I never could have imagined. I jokingly call myself “School Lunch Dad” nowadays when people ask what I “do” (other than driving in circles). Of course, my new title is kinda real…most of my daily responsibilities surround my daughter and her virtual schooling, which I will share MANY thoughts on…later. Mostly I make her meals and snacks. She’s a pretty good student, even on a Chromebook. She must get that from her Mom!

Today, as I plopped down on the couch for my late morning oats (I make us both an egg centered breakfast MUCH earlier each morning), I saw this empty box of Nerds…just sitting there…on the couch. We’re still working on the whole “clean up” idea around here—and by “we” on that topic, I’m definitely included. Later, I let her know I was throwing the box away for her. She protested heavily. It’s a nice box apparently.

Anyway, I found myself briefly wondering if some weirdo on the Internet (it’s true, I’m not woke enough for such nonsense) may have actually tried Nerds in oatmeal. Turns out, maybe (?) not!

* I have never put Nerds or any other candy (other than raisins if you consider Sun Maid “Timeless & Trusted” California Sun Dried Raisins as candy) in my oatmeal.

Having kids is like having really drunk friends who take 18-25 years to sober up.

Our masters rely on our labor to make them wealthy, on our children for cannon fodder in war and on our collective chants for adulation. They would otherwise happily slip us rat poison. When they retreat into their inner sanctums, which they keep hidden from public view, they speak in the cold words of manipulation, power and privilege, words that expose their visions of themselves as entitled and beyond the reach of morality or law.

Be who you are and say what you feel, because those who mind don’t matter and those who matter don’t mind. 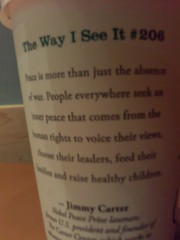 (via Photos from everyone tagged thewayiseeit) 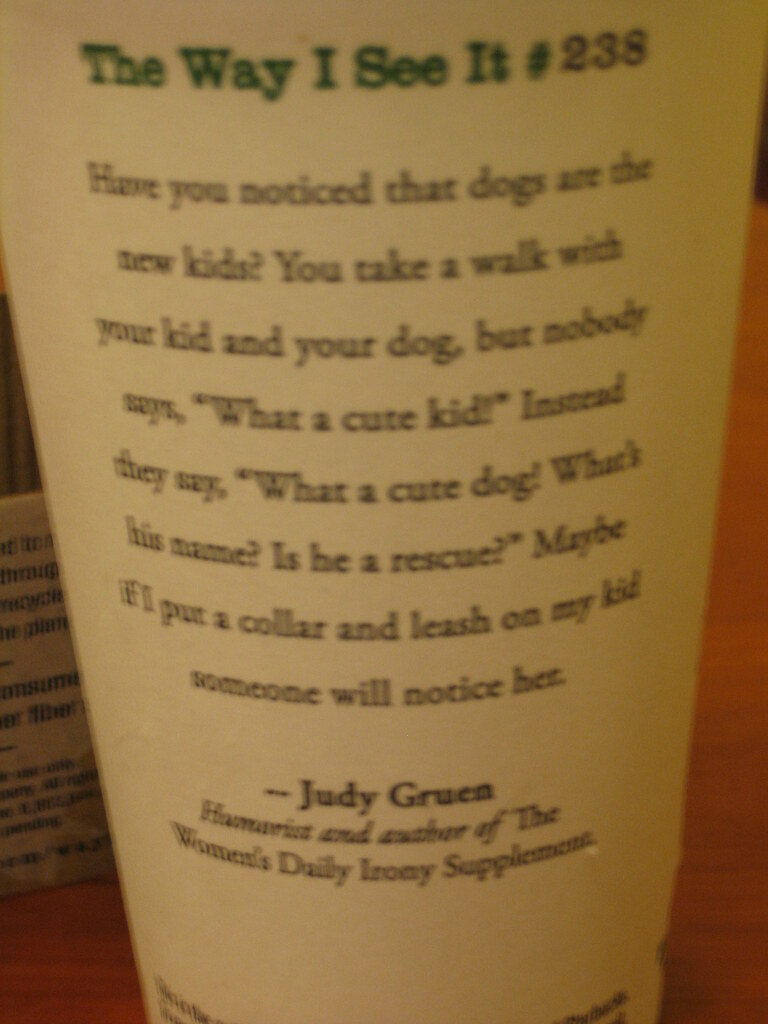 Dogs are the new kids