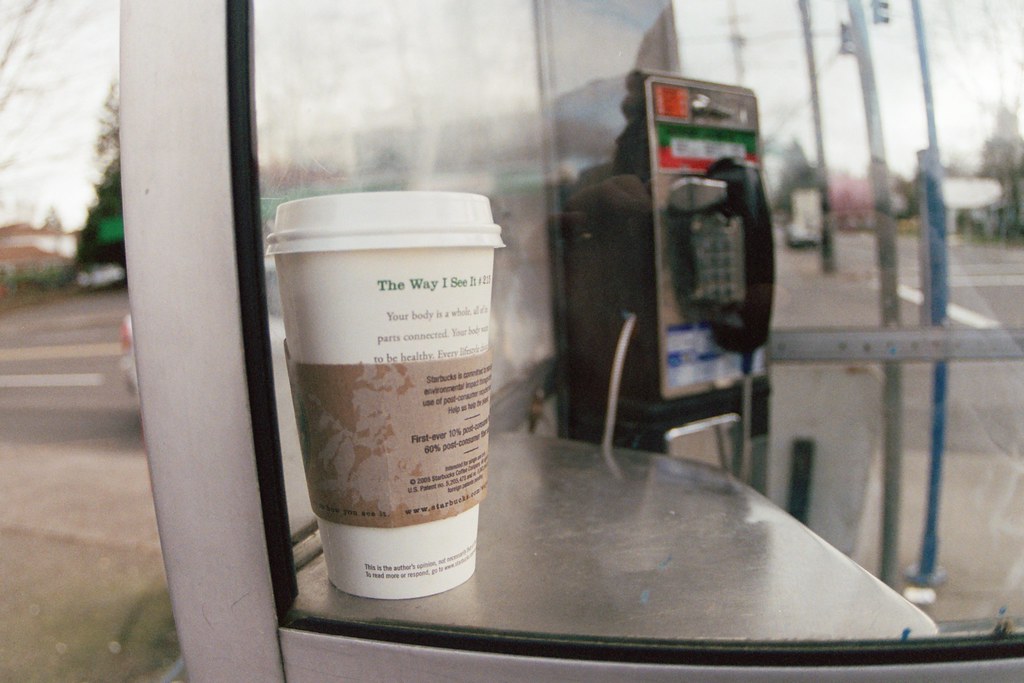 how ironic; starbucks, the icon of the disposable income, left at a payphone, icon of the broke.

What do you scourer the country side for these? LOL 😉

This is right at my exit. It’s going to be there for a year or something ridiculous like that (hence the sign).

Google Staff Get On Their Bikes

Google is improving its green credentials by offering all of its employees a free bike to ride to work.

The bikes, manufactured by Raleigh Europe, will be offered to around 2,000 permanent employees of the search engine giant in Europe, the Middle East and Africa. All of the bikes – plus free helmets – will be branded with the Google name.

“We think that these amazing bikes will help Googlers keep fit and healthy, get to know their city better and reduce the environmental impact of their journey to work.”

Lmao at the translation Shawn…. you should learn dutch ;-]

Hi Josie, thanks. Nice to see you.

(via Photos and Sets you’ve commented on)

It’s not bad for Reston (the land of planned community and every franchise known to the suburban hero) but certainly does not rank 5 stars in any area. Ordering is crowded at a small counter and rushed and you stand in line directly in front of the bottled drinks, forks and napkins, etc. as people try to grab what they need. The table arrangement reminds me of eating in Chinatown (NYC). Not a bad thing for me because it’s very familiar but it is also quite crowded and noisy. The food? Other than the chicken gyro salad (that “chicken” stinks), I have had good food experiences at Reston Kabob. It’s the real deal and yes, the bread is good (although I have had much better). Pricing is a little below average for this kind of food (like Moby Dick and others), so that might make up for the crowded, poorly laid out space and “good” food quality. For Reston, this is about as good as it gets though, so save your tolls and time and try it for yourself! If I could give 3.75 stars I would, so 4 may be a little kind. (via Shawn H. on Yelp)

Spring was officially here this week and I found Clare And Don’s Beach Shack on a warm early evening. If you don’t try the Shrimp and Grits, you will never know what you’ve missed.

The service is a little slow and there are children working. It’s exactly like being at the beach… but you’re next door to The State Theater in Falls Church. Don’t go if you are in a hurry but definitely go and be ready for a great meal.

Oh and the bar looks pretty serious, too! (via Shawn H. on Yelp)