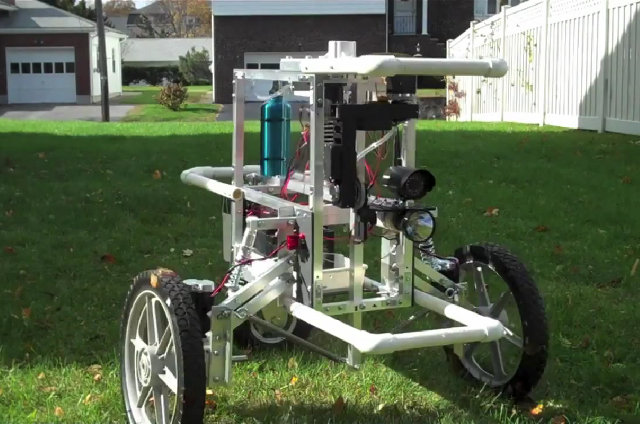 Steve Norris has built the Patrolbot Mark II, a remote-controlled robot that patrols his front yard.

Robot learns to recognise itself in mirror

A robot named Nico could soon pass a landmark test – recognising itself in a mirror.

Such self-awareness would represent a step towards the ultimate goal of thinking robots.

Nico, developed by computer scientists at Yale University, will take the test in the coming months.

Actual news. This is awesome.