After the “TA” experience, I was selling jewelry for 6 months. One afternoon, a customer named “Tommie Shaw” bought a diamond encrusted watch as a gift. Because of the name similarity, I just had to mention that her name was almost the same as one of my original rock idols (I probably listened to The Grand Illusion even more than any KISS song as a kid).

As it turned out, “Tommie” Shaw, who dressed very much like a rockstar herself (she was wearing boots that cost over $10,000), told me that she was actually going to get to meet Tommy Shaw at a party or something that month.

Even though I think jewelry is a scam, I’ve got to admit that selling high end “fine” jewelry over at Tysons Corner Center introduced me to some of the most hip slick and cool folks I’ve ever known.

I never got into Damn Yankees (after my time maybe) but I’ve ended up at Rusty Rudder once or twice! 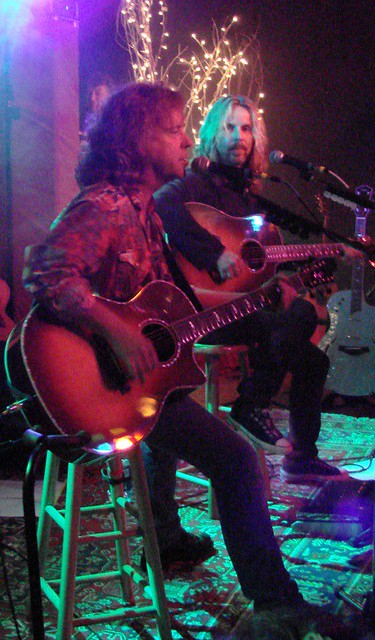