some blame the management, some the employees;
and everybody knows it’s the Industrial Disease.

Ten days ago, I posted about this new trend of employers demanding that their employees hand over to the boss the passwords to their Facebook accounts. Yesterday, the Daily Dot reported that Kimberly Hester, a teacher’s aide in Michigan, was fired for refusing to give her password to her supervisor at the elementary school where she works. The district’s special education director wrote her: “[I]n the absence of you voluntarily granting Lewis Cass ISD administration access to you[r] Facebook page, we will assume the worst and act accordingly.” And they did.

Perhaps not coincidentally, last Tuesday, Republicans in the House of Representatives voted down a proposal that would have made it illegal for an employer to demands his or her employees’ Facebook passwords. The vote against the bill was 236-184, with only one Republican voting in favor of it.

I would walk away laughing if an employer even suggested I give a password to anything they didn’t own.

Will robots steal your job?

This is not a new story. People have been fretting about the rise of the machines since Ned Ludd took a hammer to his knitting frames, and probably before. In general, these fears have been unfounded. Yes, better technology sometimes replaces workers in the short run, but over the long march of history, technological improvements have been a key to economic growth, and economic growth improves prospects for workers across a range of industries. Indeed, economists have a name for the popular but misguided notion that technology will displace human workers: They call it the Luddite fallacy, after old Ned himself. To many in the academy, it’s an iron-clad law of how economies work.

But this time could be different. Artificial intelligence machines are getting so good, so quickly, that they’re poised to replace humans across a wide range of industries. In the next decade, we’ll see machines barge into areas of the economy that we’d never suspected possible—they’ll be diagnosing your diseases, dispensing your medicine, handling your lawsuits, making fundamental scientific discoveries, and even writing stories just like this one. Economic theory holds that as these industries are revolutionized by technology, prices for their services will decline, and society as a whole will benefit. As I conducted my research, I found this argument convincing—robotic lawyers, for instance, will bring cheap legal services to the masses who can’t afford lawyers today. But there’s a dark side, too: Imagine you’ve spent three years in law school, two more years clerking, and the last decade trying to make partner—and now here comes a machine that can do much of your $400-per-hour job faster, and for a fraction of the cost. What do you do now?

There is already some evidence that information technology has done permanent damage to workers in a large sector of the economy. This specifically applies to workers who are considered “middle skilled,” meaning that they need some training, but not much, to do their jobs.

Middle-skilled jobs include many that are generally recognized to be antiquated—secretaries, administrative workers, repairmen, and manufacturing workers, among others. Since the 1980s, across several industrialized nations (including the United States), the number of workers in these job categories has been rapidly declining (the pace of the decline increased greatly during the last recession). Instead, most job growth has been at the poles, in professions that require very high skills and earn high wages, and in the service sector, where most jobs require few skills and pay tiny wages.

Don’t feel guilty about browsing the Internet at work—turns out it may actually improve your performance, a new study says.

Don’t feel guilty about browsing the Internet at work—turns out it may actually improve your performance.

According to a new study, Web browsing can actually refresh tired workers and enhance their productivity, compared to other activities such as making personal calls, texts or emails, let alone working straight through with no rest at all.

Not news… I still don’t want my job back at Sprint! 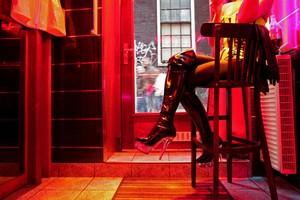 Think you have what it takes to be a freelancer? You may want to read this first.

They say hard work never hurt anybody, but I figure why take the chance.

Making a success of the job at hand is the best step toward the kind you want.

Talent is cheap; dedication is expensive. It will cost you your life.

Always take a job that is too big for you.

Housework is a treadmill from futility to oblivion with stop offs at tedium and counter productivity.