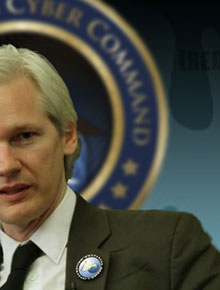 The story on the surface makes for a script for a new Oliver Stone Hollywood thriller. However, a closer look at the details of what has so far been carefully leaked by the most ultra-establishment of international media such as the New York Times reveals a clear agenda. That agenda coincidentally serves to buttress that of US geopolitics around the world from Iran to North Korea. The Wikileaks is a big and dangerous US intelligence Con Job which will likely be used to police the (…)